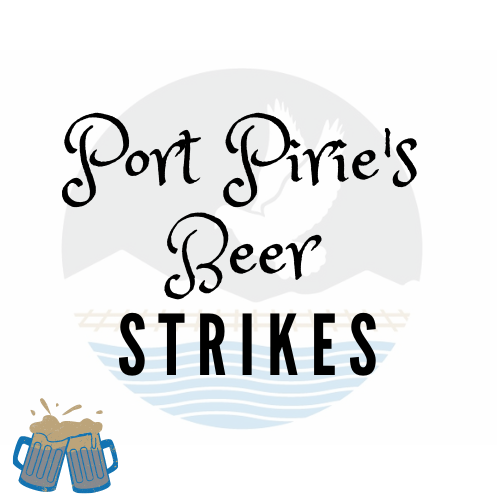 In April 1912, Port Pirie publicans raised the price of beer from 2s to 2s6d per gallon. In response, the Australian Worker’s Association proposed a strike of the most unusual nature – a “beer” strike!

Consequently, many union workers boycotted their locals and ate fruit on their lunch breaks, rather than sip beer. However, the strike was so poorly organised that no union members stepped forward to begin negotiations with the publicans! Unsurprisingly, the strike fizzled out within a month.

Another beer strike began in December 1937 when Port Pirie publicans began selling reputed pints for 10d and schooners for 6d. Angry with these prices, the Trades and Labor Council lobbied for an 8d imperial pint and 4d half-pint. This time around, the publicans were notified of the union’s intention to strike. Nevertheless, they did not meet the worker’s demands.

As a result, over the following two weeks, barely a drop of beer was sold in Port Pirie. Two hotels even closed their doors to the unionists, as they would come and sit at the bar to listen to the wireless but not order a single drink.

Luckily, the 1937 beer strike ended on 31 December, just in time for New Years Eve celebrations! Desperate for customers, publicans conceded to demands and lowered their prices – 10d for an imperial pint, 9d for a reputed pint, and 6d for a schooner.