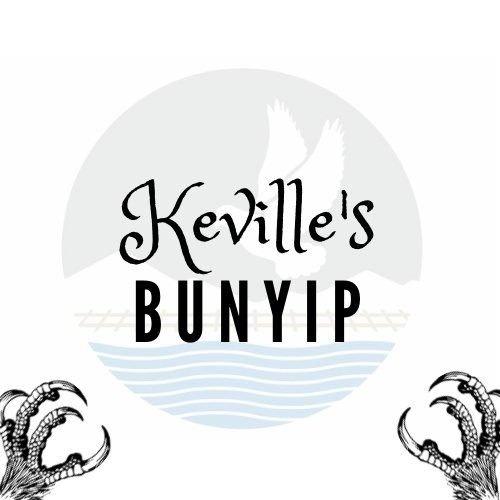 In the early 1870s, P.M. Keville established a grog shop on the banks of the Rocky River, Crystal Brook. At this time, Crystal Brook was little more than a pastoral outstation – with it’s population mostly comprised of sheep and cattle. So then, why did people choose to frequent Keville’s shop? Well, perhaps they had heard of the infamous Crystal Brook Bunyip!

Shortly after Keville opened his doors, a strange rumour began to circulate. A Bunyip had made it’s home in the nearby Wirrawirra waterhole! As the Wirrawirra waterhole was just south of Keville’s store, he soon became the local authority on Bunyip behaviour. He amazed his customers with tales of the monstrous creature and claimed that the Bunyip was using an underground passageway to escape to the sea with his prey.

However dubious it’s origins might be, locals were firmly convinced by Keville’s tale and hunting parties regularly set out with the aim of capturing the Bunyip. Bunyip-hunting fever reached it’s peak in 1876, following an announcement that whoever captured the Bunyip, dead or alive, would be rewarded with £50!

Of course, the Bunyip was never captured. But sightings were reported for several decades afterwards. In 1889, W.A. Allen and J. Parmenter claimed that they had spotted the creature sunbathing on the banks of the river. They described it as a fearsome beast, 4ft long and at least 15 inches wide.

Perhaps the Bunyip is still out there, lurking around the waters of Crystal Brook…